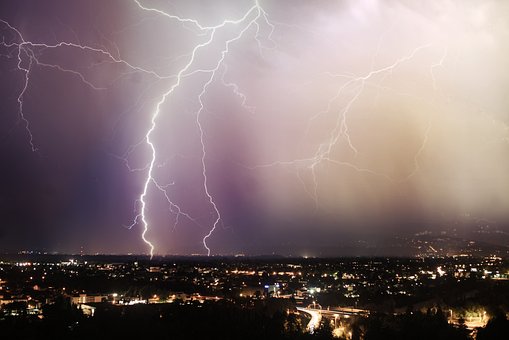 At any given time on our planet Earth, there are 1,800 thunderstorms in progress—and with them comes lightning. Property damage from lightning is covered by standard homeowners insurance for your home, and the comprehensive portion of an auto policy for your car—but bodily harm from lightning isn't easily remedied.

During a thunderstorm, it's best to take shelter in a house, other structure or a hard-topped, fully enclosed vehicle. But as one of these options may not be available to you, your safety and wellbeing may depend on knowing the difference between these lightning myths and the facts.

The information in this article was obtained from Insurance Information Institute and is not all inclusive regarding the subject matter. This content is offered for educational purposes only and does not represent contractual agreements, nor is it intended to replace manuals or instructions provided by the manufacturer or the advice of a qualified professional. The definitions, terms and coverage in a given policy may be different than those suggested here and such policy will be governed by the language contained therein. No warranty or appropriateness for a specific purpose is expressed or implied.