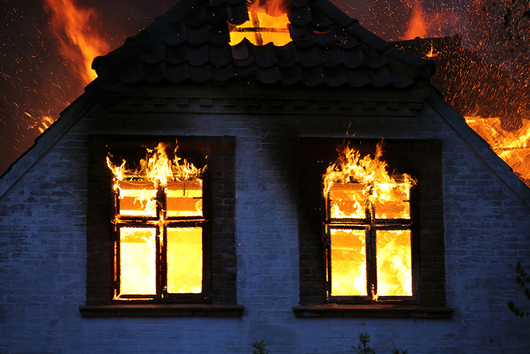 Wildfires may not be as natural as you think. So, how does this affect your homeowners insurance?

Wildfires are often the main story for many news stations around the US. So much so, that we are inclined to believe they are just a natural part of the environment and that there’s not much we can do about them. In fact, the opposite is true. As many as 90 percent of all wildfires in the U.S. are caused by humans, as indicated by the U.S. Department of Interior. Some fires are caused by leaving campfires unattended, the burning of debris, unintentionally discarding lit cigarettes, and intentional malice acts of arson. The remaining 10 percent of wildfires are started by lightning strikes or lava. In addition to being the hottest year on record, 2015 also set a new record for the number of acres burned in the U.S.—a staggering 10,125,149 acres were burned. So, when it comes to your home insurance and coverage, where do insurance companies place wildfires in the eyes of your homeowners insurance?

Damage caused by fire and smoke are covered under standard homeowners and renters insurance policies. If you are living in a fire zone, you can breathe . . . relatively easier knowing your things are covered. Water damage that is the result of a firefighters attempting to put the fire out is also covered under these policies.

You’ll likely still pay your deductible, like with most other kinds of insurance policies, but the deductible is miniscule compared to the cost of completely replacing your home and all of your possessions.

As temperatures continue to rise, fire seasons will lengthen, and more and more people’s homes will be added to the radius of fire zones. Talk to your independent insurance agency to determine your need for homeowners insurance and the best fitting policy for you! Contact Fox Insurance Agency for a quality and reliable home insurance in Beaverton, OR policy!