Experts say "The Big One Is Coming" to the Pacific Northwest. Are you prepared with Earthquake Insurance? 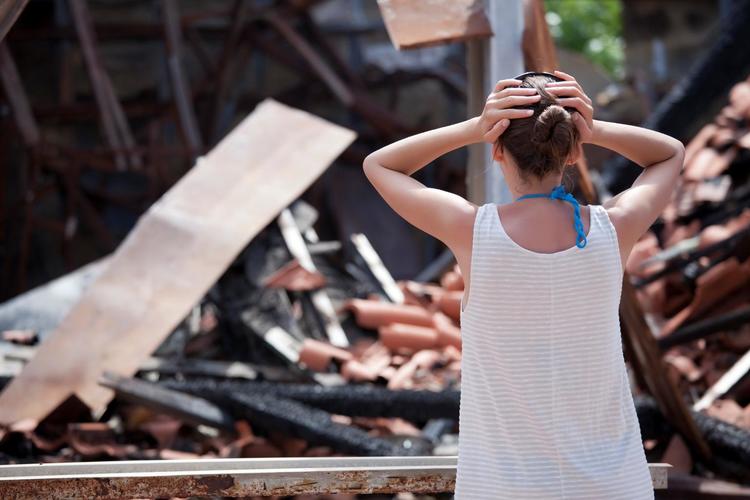 In the Pacific Northwest, almost all homeowners have some awareness of the risks of earthquakes. However, being so close to the San Andreas and Cascadia fault lines, there should be much more knowledge of and planning for these natural disasters. Earthquakes are inevitable, and ignoring the risk will not make them go away. One of the best ways of managing the risk of earthquakes is by insuring the home.

What Are The Risks?

Thousands of small earthquakes are felt throughout the United States every year. Most are not big enough to cause significant damage, or to make much of a ripple in the news. Many Americans associate earthquakes only with California. No one much notices the small temblors in Vermont or upstate New York. Huge quakes of the past in places like the Carolinas and Missouri have been all but forgotten.

A big earthquake, however, can be immensely damaging. The Loma Prieta Earthquake in 1989 killed dozens of people and caused millions of dollars of damages. Over 10,000 people lost their homes. Suppose another quake of similar magnitude occurred in the Pacific Northwest. How many people would be truly prepared?

For Oregon and Washington, experts have forecast a huge quake in the future. Such a quake would be devastating for the region. More planning should be taking place, both by public officials and members of the public as individuals. Obtaining a few earthquake insurance quotes should be on every homeowner's to-do list.

The likelihood of one's personal home being destroyed by an earthquake may seem small but it’s important to check out earthquake insurance. Coverage is not generally automatically included in a standard homeowners policy, and the cost of these endorsements or stand alone policies can seem high relative to other insurance products. Arguably, some financial "experts" go so far as to say that it's too expensive and even unnecessary.

But geology experts agree that the Pacific Northwest is overdue for a big quake, and the point of insurance is to protect against unpredictable and sometimes unlikely disasters that may never take place. Consider products such as even standard fire insurance. Most people will never have to deal with a house fire. The risk is common enough, though, that it is seen as a responsible choice to have coverage.

What To Expect From Earthquake Coverage

The cost of earthquake coverage is determined by many factors. For example, homes made of brick or other masonry are seen as more risky. During a disaster, bricks or stones may break apart or collapse, or be flung and cause injury or damage to cars, other buildings, or people. For these and other reason, these buildings are more expensive to insure.

Another factor underwriters consider is the age of the building. Newer construction needs to meet more stringent codes. The risk of serious damage is considered likelier for older buildings. In some cases, a building may be deemed too risky. If a home does not meet underwriting guidelines, an insurer may not extend an offer of coverage for it.

Although available as a standalone policy, earthquake coverage is typically obtained as an endorsement to a homeowners policy. It is unlike most property and casualty insurance products in that the deductibles tend to be expressed as percentages. There is a wide range of deductibles, which can for example range from two to twenty percent of the home's value.

The higher end of the range for deductibles is one factor that can scare homeowners away from earthquake endorsements. For example, a $200,000 home with a 20% deductible would need to suffer over $40,000 of damage before anything is covered by the policy. Much of the insurance sold in Oregon is more moderate, and carries 10% or 15% deductibles. Cheap earthquake insurance is available in the Pacific Northwest, if homeowners are willing to do some comparison shopping. As with all insurance, price is only one factor to consider when shopping for insurance, and often the true cost of insurance is determined by the amount of money a policyholder pays out of pocket at the time of a claim.

Also, consider the alternatives. Imagine being without a home and without insurance in the wake of a quake. For a totally destroyed home, having coverage can be a lifesaver. Also, most earthquake insurance covers the contents of a home subject to limitations and restrictions. This coverage is an enormous benefit in the wake of a disaster.

While California is known for earthquakes, only about ten percent of homeowners there retain insurance for that risk. Nationally, the numbers are even lower. Oregon and Washington both face a high risk of earthquakes. The tsunamis that can accompany a quake are also a big risk here; this region faces the highest risk of tsunami in the United States.

In looking at the numbers, a few things are clear. The percentage of homeowners with earthquake endorsements should be much higher in this region. Earthquake insurance is a prudent investment for the future. Though not all insurance companies offer earthquake insurance, quotes are readily available from a qualified agent or broker.

Here in the Pacific Northwest, looking into an earthquake endorsement or standalone policy is the responsible choice. Reaching out today can mean a lot for peace of mind for the future.

The information in this article was obtained from various sources. and is not all inclusive regarding the subject matter. This content is offered for educational purposes only and does not represent contractual agreements, nor is it intended to replace manuals or instructions provided by the manufacturer or the advice of a qualified professional. The definitions, terms and coverage in a given policy may be different than those suggested here and such policy will be governed by the language contained therein. No warranty or appropriateness for a specific purpose is expressed or implied.